So I've taken it upon myself to try to revamp my math program, etc.  It's been a process to say the least!  I began by revisiting, and review stuff from college and became inspired.  With my inspiration I have devised a game plan-sort of. :)
First step was a "Math Notebook"  I have seen several great post with some awesome ideas.  We had a "Math Journal" an expensive notebook I order at the first of the year and pretty much the whole class has filled theirs up.  Staples had composition notebooks for 50cents this weekend which I bought up with my Staples rewards (so nice to not be out of pocket for things).  I began my "teacher" copy this weekend and designed it much like the older grades with  the Table of Contents, subjects and page numbers (subjects and page #s as we go).  Next year obviously this will be done at the first of the year, but my students seem to lack a good foundation in Math anyways so I decided it wouldn't hurt.  AND they'll be my trial run to see how this works!  We wrote our first page (Numeration) today and it went great!  The kids were amped about it and I really think they'll start getting more out of math with completing their notebooks.  The first few pages are basically their reference pages and after that work will be done in the rest.  I'll try to upload some pics this afternoon.
Posted by Unknown at 12:03 PM 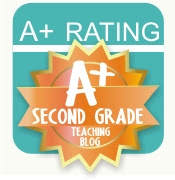